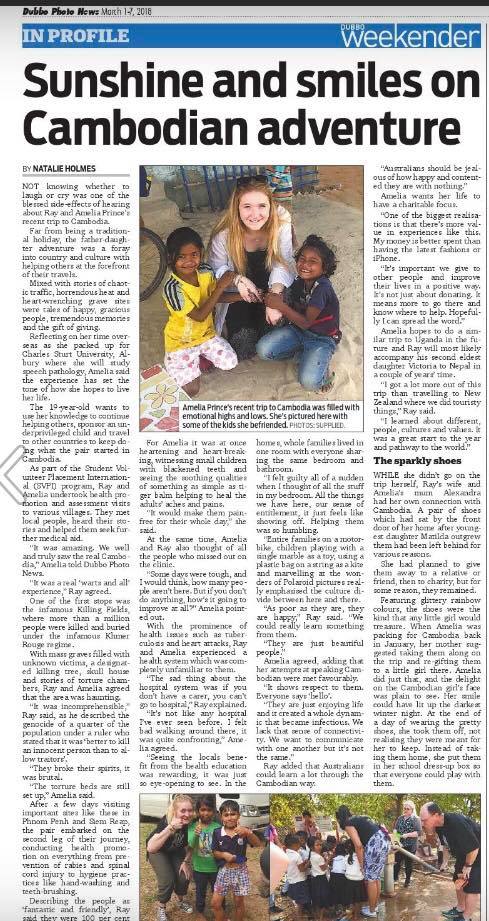 Thank you to our awesome volunteers, Amelia and Ray Prince for all you did in Cambodia. And congratulations for being featured in the Dubbo Photo News. 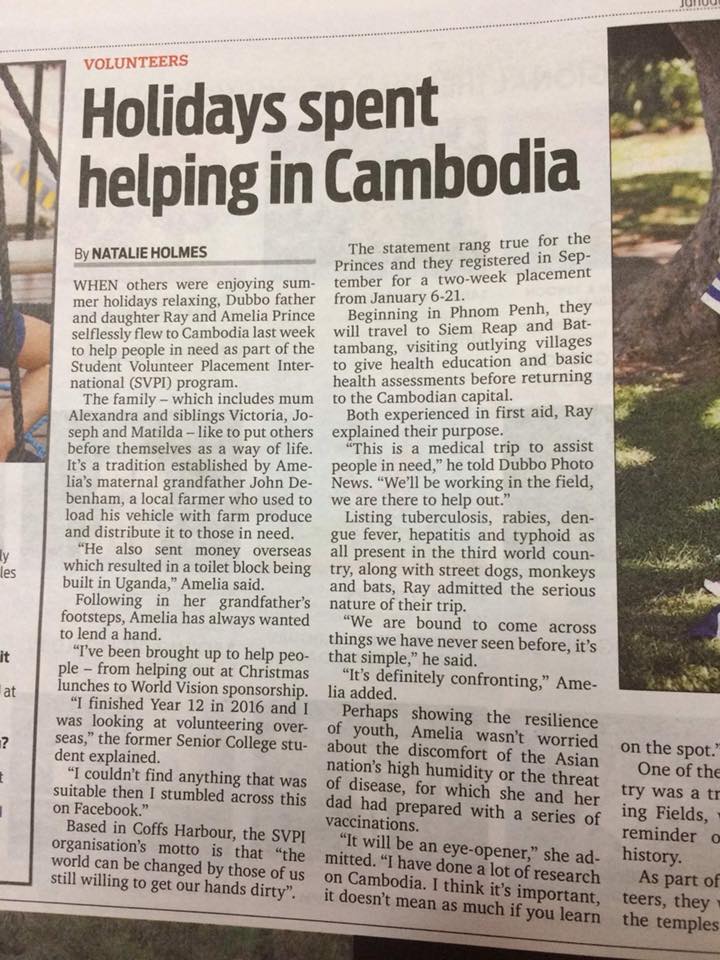 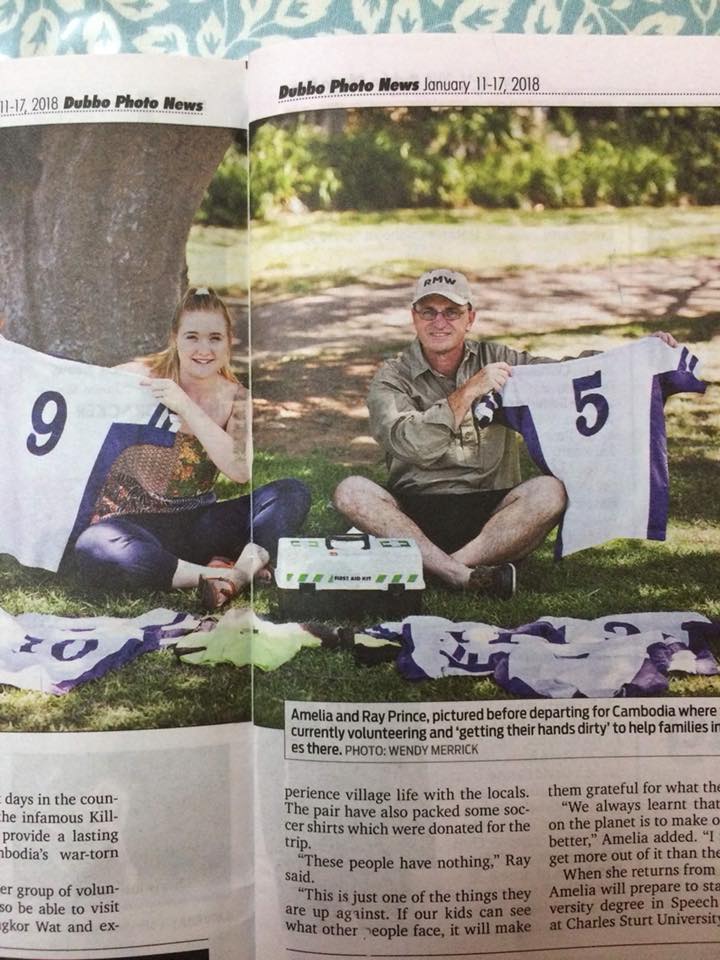 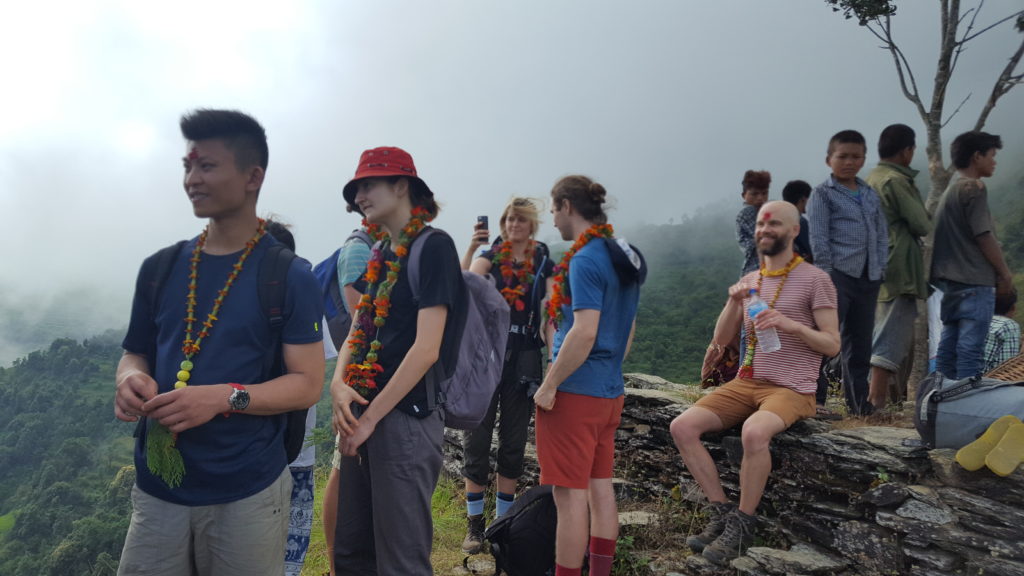 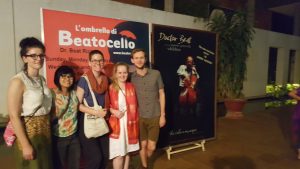 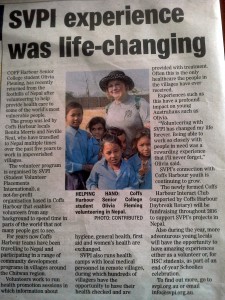 Following a devastating earthquake in Nepal on the 25th of April, SVPI program coordinator, Calida Neal headed to Nepal to lend a hand. 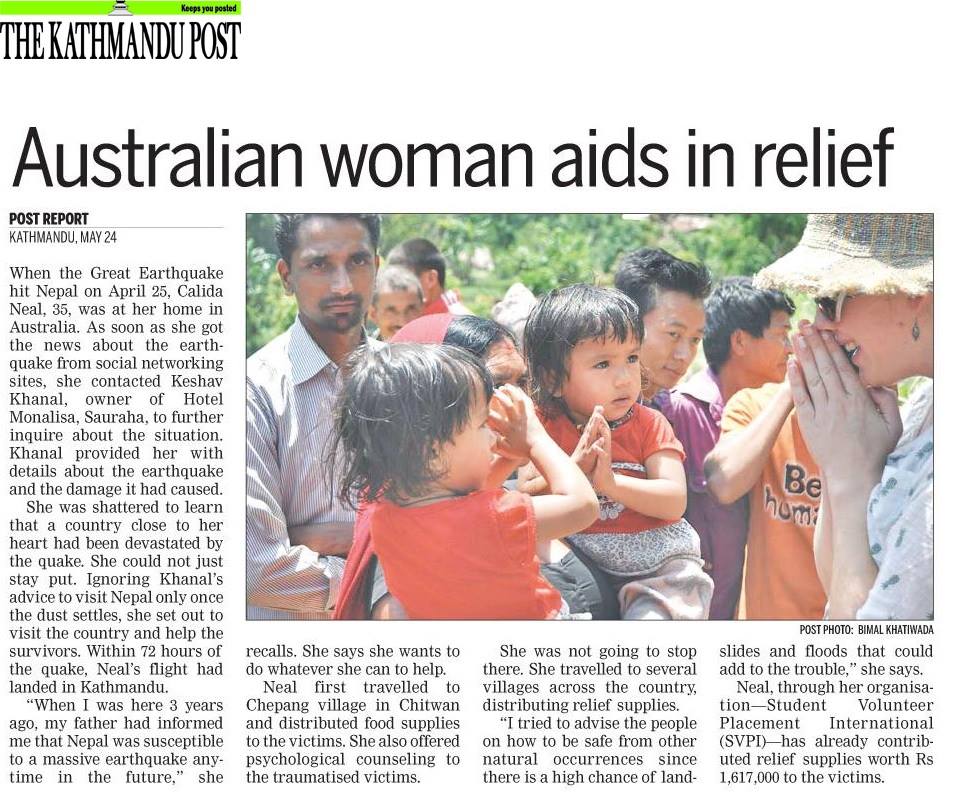 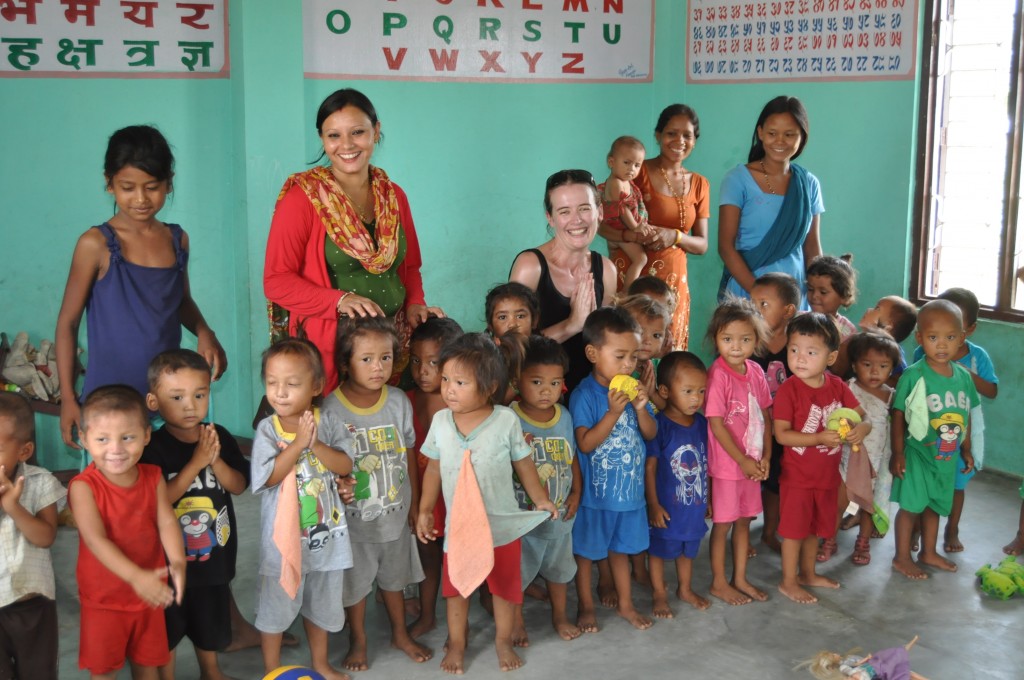 SVPI co-founder, Calida Neal, with children at a daycare centre in Nepal.

On the 11th of September, Tenzin Choegyal, Shen Flindell and Sangeet Mishra performed ‘RAGA SHAMBHALA- Bridging the Himalaya’s’ at Lismore’s Whitebrook Theatre to raise money for our projects in Nepal. An interview about the show was given on ABC North Coast on the 9th of September 2014. 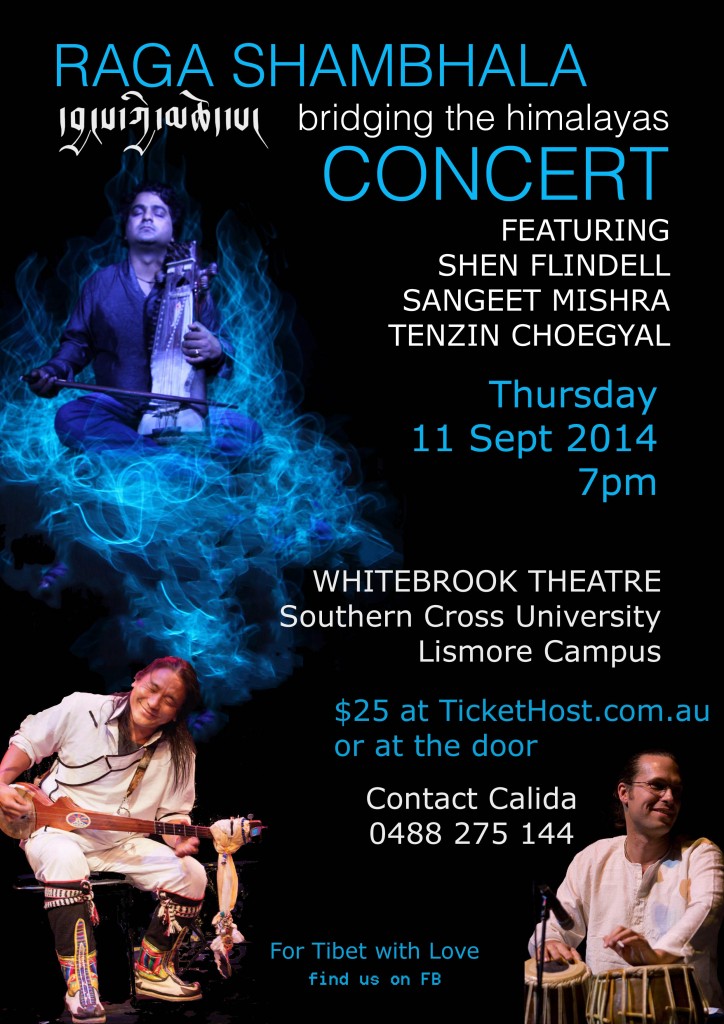 Kerrie Arthur and her Melbourne University team have an article published about the SVPI/Masters of Nursing Science program published in ‘The Age’- ‘Nursing students get a taste for practice in Nepal‘. 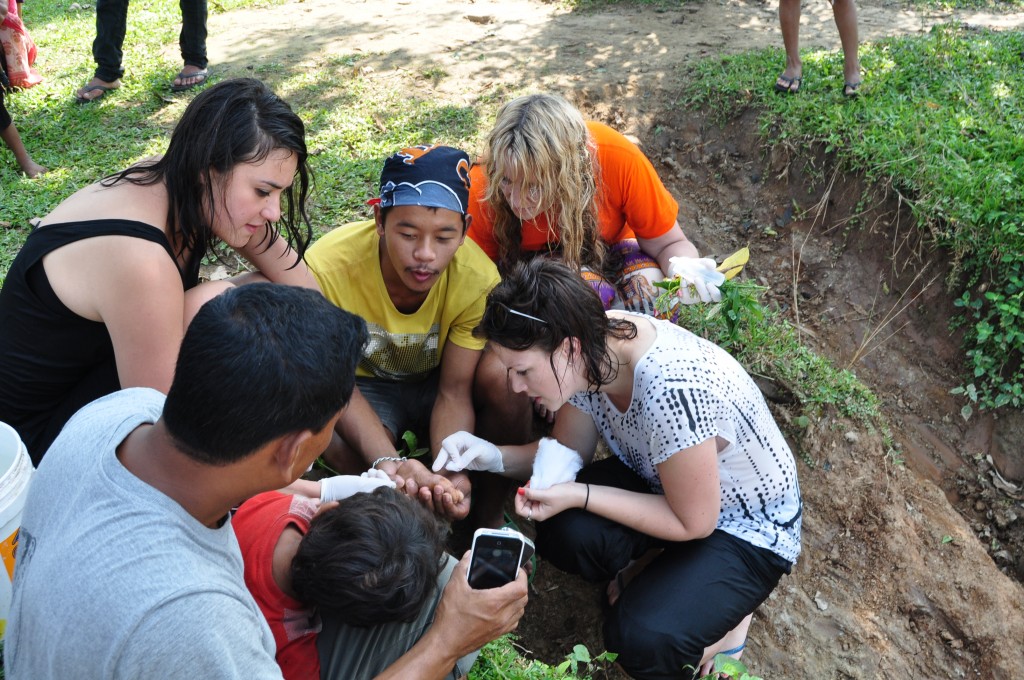 SVPI nursing volunteer administers treatment to a young boy in a Nepalese village.

A huge thank you to Emma Kelly and Benjamin Gricks from Adelaide University medical school who were awarded an ‘Insight Aid’ grant of $1000. This money is currently being put towards an operation for a young boy who our volunteers identified in the field. 4-year-old Driver Gole has an enormous cyst in his abdomen that has impacted on the function of his right kidney. He received medical treatment in the children’s hospital in Kathmandu. 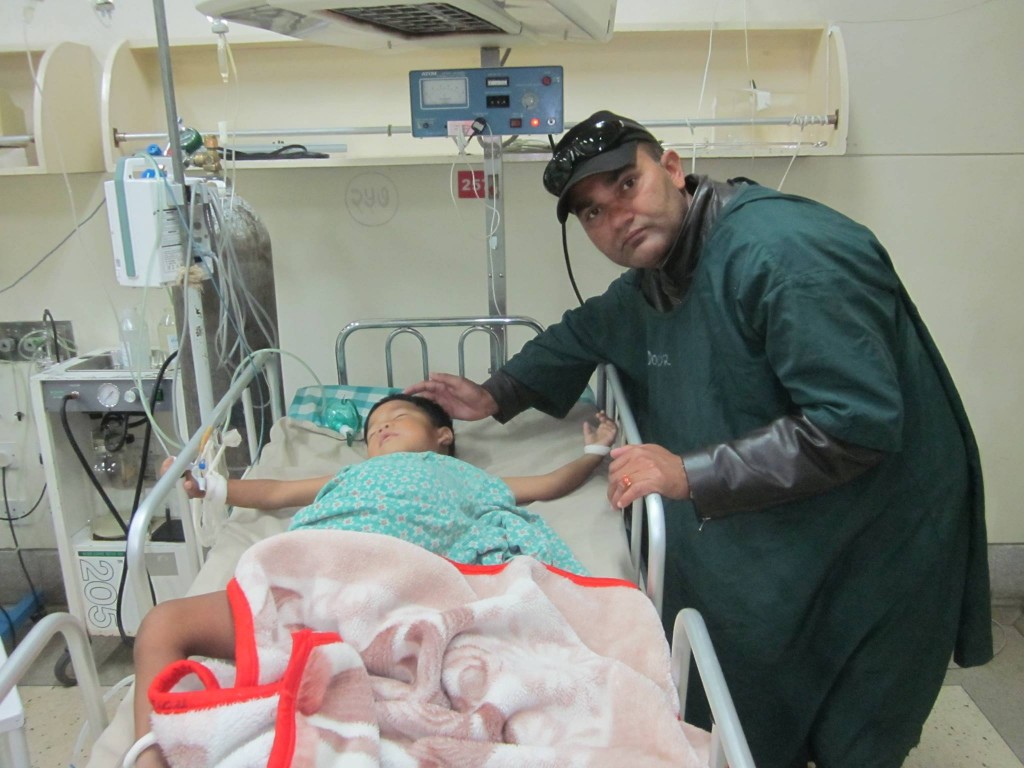 Mirabai Stockwell, one of our January 2014 volunteers made the news when she brought over a portable defibrillator donated by JLM Accutek Healthcare in Sydney. She also raised $5000 that is currently being put to very good use in the hills of Nepal. Read about it here in the Gloucester Advocate. 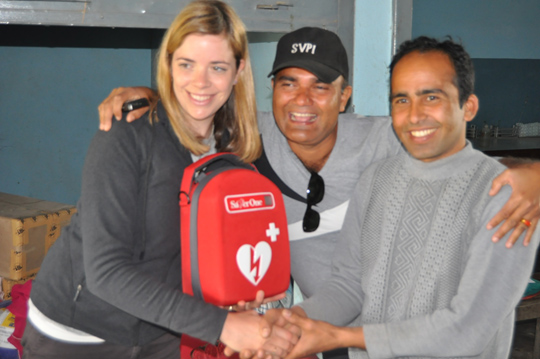 Another one of our January volunteers, Heidi LaPaglia wrote about her volunteer experience in ‘Lip’ magazine. 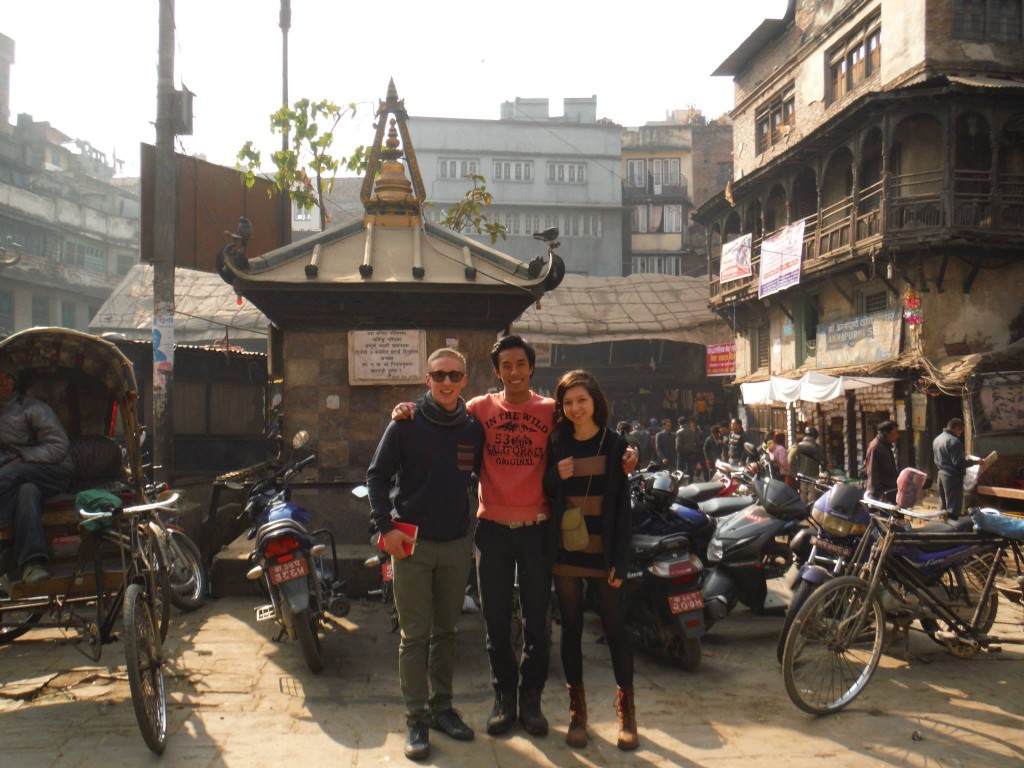 Special thank yous also to Tayler-Lea Ryan who raised $1000 for our organisations work in Nepal and to Gordon Goh who was able to bring over medical supplies to donate care of Airborne Aid.

Having just completed their Masters of Nursing Science from the University of Melbourne, Chloe Delianis, Erica Choong, Zoe Allaway and Alice Bond came to Nepal for 2 weeks to participate in SVPI’s program. Supervised by the brilliant and tireless Kerrie Arthur, the girls did some amazing things, including climbing over a mountain to run a health camp for a remote group of approximately 200 Chepang people, many of whom had never been able to afford healthcare of any kind. 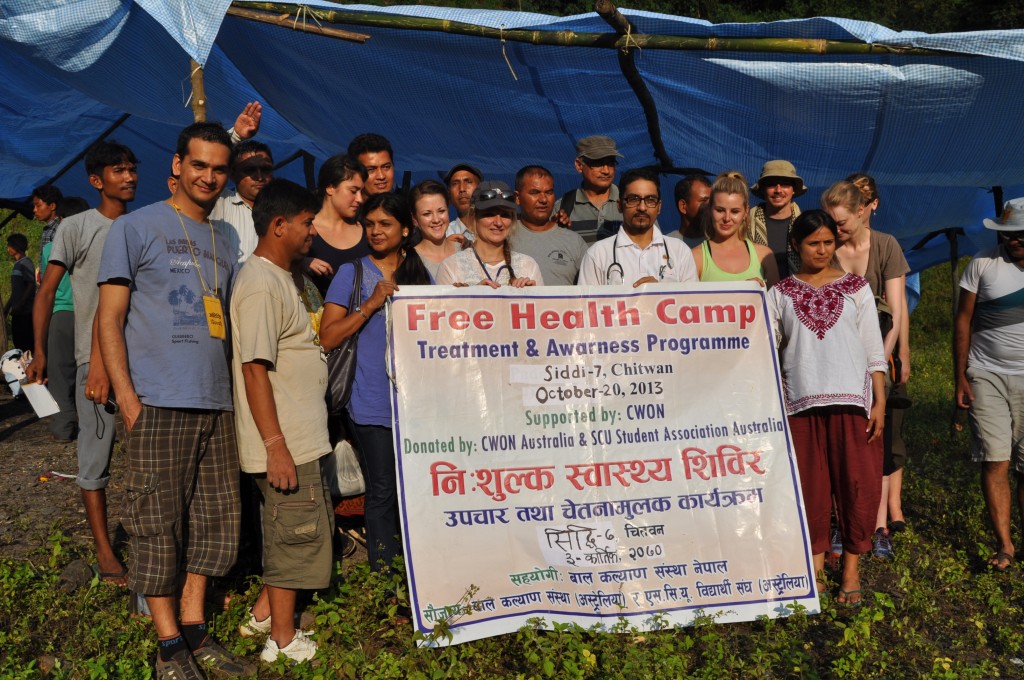